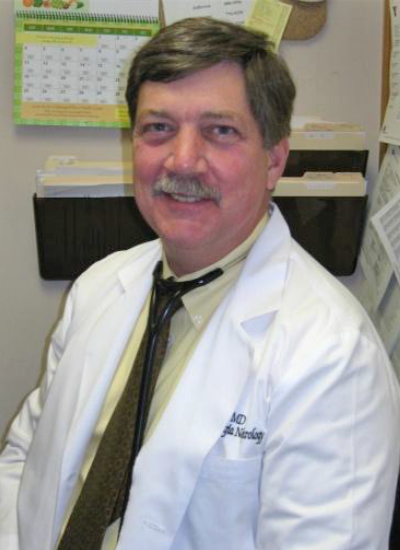 After more than 40 years of practicing medicine, Dr. Jeffrey Bell is announcing his retirement from office practice as of March 27, 2022. Drs. Bou Slaiman, Sweidan and Al Dahabreh will be taking over his practice. You may wish to continue with this practice and place yourself under their care. If you wish to locate a new nephrology practice, you should contact your primary care physician, health insurer, or your local hospital physician referral line:

You may also go online to the Georgia Department of Community Health site at mmis.georgia.gov.

Past Academic Rank and Position